The Remax Trends report is in and things are still looking rosy.  In the GTA approximately 11,504 properties changed hands in the first two months of the year, up 12 per cent over 2011 levels, extending the market’s run to 10 consecutive months of upward momentum.  These numbers are fueled by low interest rates, strong demand and a shortage of available inventory.

Condominiums continue to be a first choice among many in the GTA especially the downtown core and the numbers are proving it.  ”Condominium resales remain a popular choice among first-time buyers, especially high-rise units along the city’s major transportation routes. Developments situated on the Yonge, Bloor, and even Sheppard subway lines continue to experience solid demand. Hip enclaves such as King St. W. and Liberty Village are increasingly sought–after by young professionals, many of whom work in the core. Condominium sales represented 32 per cent of total residential sales this year—and 66 per cent of sales in the central district. With more than 132 new buildings currently under construction and expected to come on-stream in the years ahead, it’s a safe bet that condominium purchasers will have a good selection of properties to choose from, particularly in the downtown core. Given the city’s vacancy rate of just over one per cent, excess units will be easily absorbed by the rental market.”

Below are numbers from most major cities across Canada 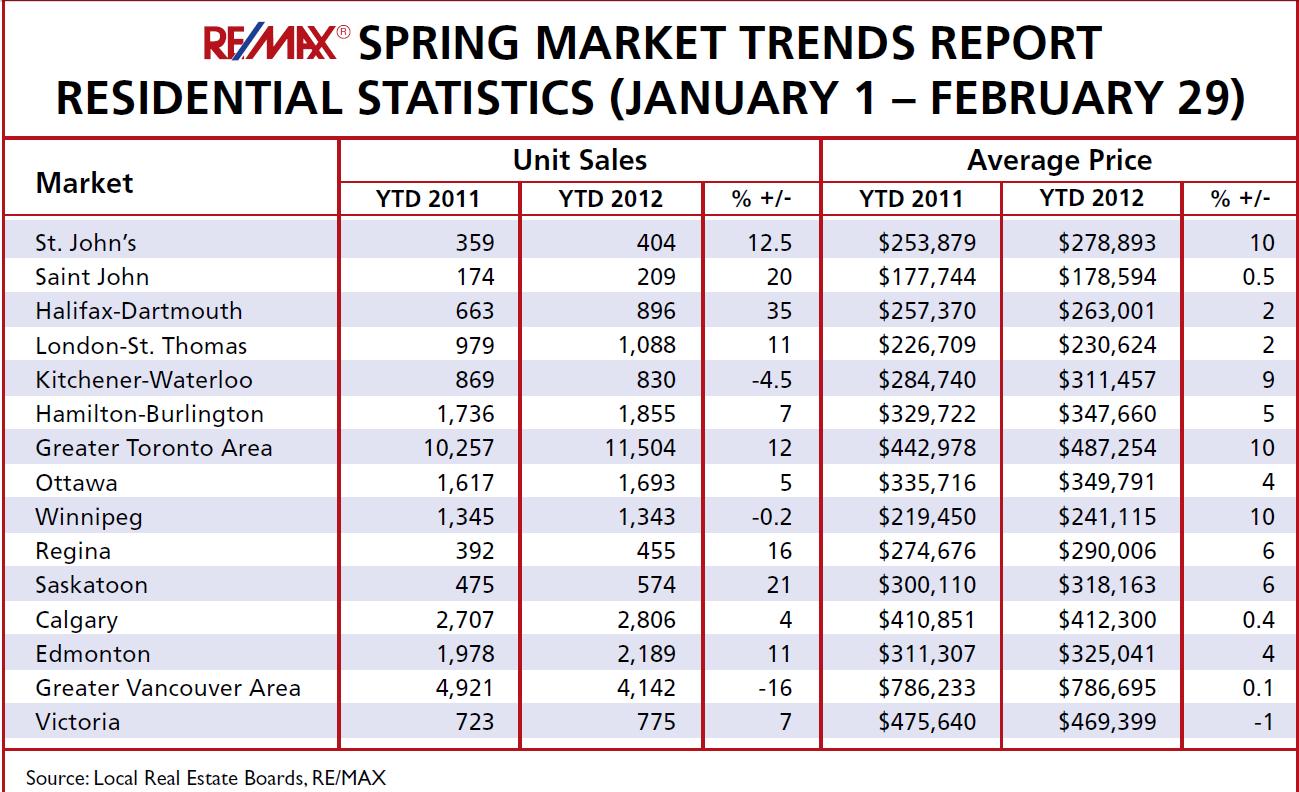